I know this isn’t something most people would consider doing on a Saturday afternoon, but you are the one missing out.  This team is amazing.  They recovered from breast cancer, surgeries, and various injuries and still persevered.

In my earlier post I talked about various people I consider heroes, but these are my heroes as well.  They have over come so many different adversities.  In fact, many of them weren’t sure they would even be able to compete in our event until a couple of days before the race.  We competed against teams from all over the nation and we also had one of only 2 ALL FEMALE teams out there.  They definitely made me proud.  They put so much work in to this event, and walked away with the Newcomer Award for the team that showed the most potential.

They competed 3 times and were within 1 second of each of their times.  So they were amazingly consistent even though they only had 2 practices.

I’m proud of what they have accomplished, and I can’t wait to see what they accomplish next. 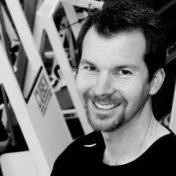